I’ve been interested in recessions for quite a long time. Some of you know that my dissertation at the University of Chicago, discovered the relationship between the slope of the yield curve and future economic activity. So when the long-term interest rates went below short term rates, or the so-called yield curve inversion that preceded economic recessions.

Usually what happens, you publish something, and the effect gets weaker, or it goes away. That wasn’t the case for my dissertation. The next three yield curve inversions preceded recessions, including the global financial crisis. Fast forward to June 2019, the yield curve inverts for a full quarter. The yield curve is inverted since 1960, seven times and there were seven recessions. So, there was an expectation that there was economic weakness ahead.

But then, a systemic event hit the COVID 19 virus. And we went into recession. We’ll never know if the yield curve prediction would have been accurate because the counterfactuals impossible. We don’t know what the world would have looked like. Without COVID-19. But nevertheless, we’re in recession.

Uncertainty about the date of Recession

And this recession is a remarkably easy one to date. So if you think about the dating committee of the National Bureau of Economic Research, often they date the beginning of the recession, after the recession is over. There’s a lot of uncertainty about the date of the beginning and the date of the end. Well, in this one. there’s no uncertainty, the peak of the business cycle, February, 2020. And then we went off the cliff.

What is different about this Crisis?

Almost all of the recessions are induced by economic or financial factors. So for example, the global financial crisis. That was induced by a financial event. So, our banks were acting like hedge funds. They had extreme leverage. And then, when an event happened, that didn’t seem like a really big event, given your leverage. You get into trouble. And that’s exactly what happened.

This crisis is different. This is not a financial cost, it is a biological cost. So we can’t point our fingers at a particular sector, or a particular set of firms and it’s your fault. The whole concept of bail up doesn’t make any sense to bail out a firm that basically had the global financial crisis, you know, poor risk management, you have to bail them out. This particular crisis is more like giving aid to some companies in terms of bridge financing for high quality companies. These are companies that were profitable.

So, very clear that the solution to this crisis is biological.

And the unemployment rate didn’t get back to the level that it started that in 2007, until May of 2016. That’s like nine years. And it was really confusing for policymakers also because people didn’t know if we’re still in recession or not, growth was anemic interest rates were kept low for a very long period of time. And the people talked about a lost decade of growth. People compared it to the Great Depression. This crisis is far different is different, because the uncertainty is different. Yes, it’s true at the beginning of this crisis, we saw these exponential curves and people were fearing the worst.

We’ve learned that the initial infection fatality rates were vastly overstated. Because many people contract the virus and have no idea that they have it. We also learned that there’s a long history in academic publishing in epidemiology, whereby you see exponential growth at the beginning and then you hit an inflection point, and it starts to decrease. And these fires patterns are very common. So we learned a bit about epidemiology.

The two key things that will mitigate the biological threat. The pharmacological sort of medication of symptoms and vaccines. Again, we’re learning about that too. So we’ve got many drugs that are being tested, and we’ve got a number of vaccines in trial. There are pretty solid expectations that we will have a biological solution by the fourth quarter, and potentially deployed in the first quarter of 2021.

Response of Policymakers to Recession

The policymakers, afraid of the aftershocks to the economy, trying to mitigate the damage had to go in to bail out these financial institutions. And at the time, and even right now, kind of repugnant to go in and dole out billions of dollars to companies that did a poor job of risk management antique that sort of incentive just causes a replication of the same behavior in the future. But it was done. It was relatively easy to do. You can call into 25 CEOs of the largest financial institutions and just hand them out checks.

What happens when you lost Job in Recession?

It’s just very difficult to find work anywhere, and you lose your job for a very, long period of time in the global financial crisis. Let’s say you’re working for Lehman Brothers, you get laid off. Well, you’re not going back to Lehman Brothers because Lehman Brothers got down and hard to go to another company, because many of them are under stress. And who knows when you’re getting a new job. Fast forward to today, people being told that they’re furloughed for two months. And many expect to go back to their job.

What the Unemployment Rate tells you?

The official unemployment rate of 14.7% is vastly understated. And I challenge you to do Math and Math is really simple. The unemployment rates, it’s a survey number. So, all you need to do is to take the workforce. In February of 2020. You know, March, April and May, and then add in the unemployed in February of 2020. Divide by the workforce. That’s not 14.7 is 23.9 at least. So we’re headed to 30% unemployment. And then people say, well, that’s like the Great Depression. So during the Great Depression we had an unemployment of 25%.

So, technically, unemployment records. Only officially began being kept in 1948, but the 25% is a pretty decent estimate I’d say. And yes, that’s exactly the case that the rate could be higher than it was in the Great Depression. But that doesn’t mean that we’re in a great depression.

So again, the key to understanding this is the uncertainty is different. In the current Great Depression. People were unemployed for a very long period of time; it was very discouraging. We didn’t have the social safety net that we have today. But more importantly, there’s an end that we can see to this particular crisis and the attitudes are different. So, we’ve seen these numbers that second quarter, in terms of economic growth will be stunning. It’ll be off the chart. Be like minus 30% on an annualized basis.

The third quarter, there’s not gonna be any croaked, it’s going to be flat, but by the fourth quarter. Things will start to pick up. And we will see significant growth in the fourth quarter of 2020, in terms of my forecast. And I believe that a vaccine will likely be deployed in the first quarter of 21.

So, this recession again is really unusual. Actually I’ve called it the great compression. So, in a few weeks, we lost the equivalent number of jobs that we lost during the Great Recession. So you get a lot of bad news. This really compressed.

So, what we don’t want is structural damage to the economy. And by that, I mean, high quality companies that were profitable that were, you know, innovating. We don’t want them to go down. That will delay the recovery that will basically haircut future economic growth. Yes, those companies can be replaced with new companies but there are all sorts of fixed costs of getting up and going.

So, a lot of the policy response has been focused on mitigating the structural issues. So that high quality companies can be in stasis during this crisis, and then reemerge.

So, what I worry about is that there will be confusion. And this policy will not be successful. And we lose many of these businesses, and again it’s much more complicated because this is not 25 financial institutions that you can easily call into one room. There’s like 30.2 million small and medium sized businesses in the US.

So the other thing I worry about. And this is really important. We need to pay it back. So we’re borrowing from the future. So how do you do that?

So, the other thing that I challenge you to think about is the inflation. And yes, it’s true. After the global financial crisis people said well all this QE, there’s going to be inflation. There’s no inflation. Well, I’d be very hesitant to extrapolate from a sample of one.

Just because we didn’t have inflation, after the global financial crisis, doesn’t mean we’re not going to have inflation. In this particular episode, it’s difficult to think about because we’ve got deflation right now. But it is a significant risk.

That is something that impacts companies negatively. And people negatively, including the people that can least afford it, are taxed by inflation. So I believe inflation is the major risk. 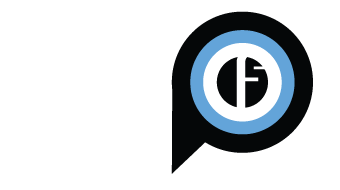